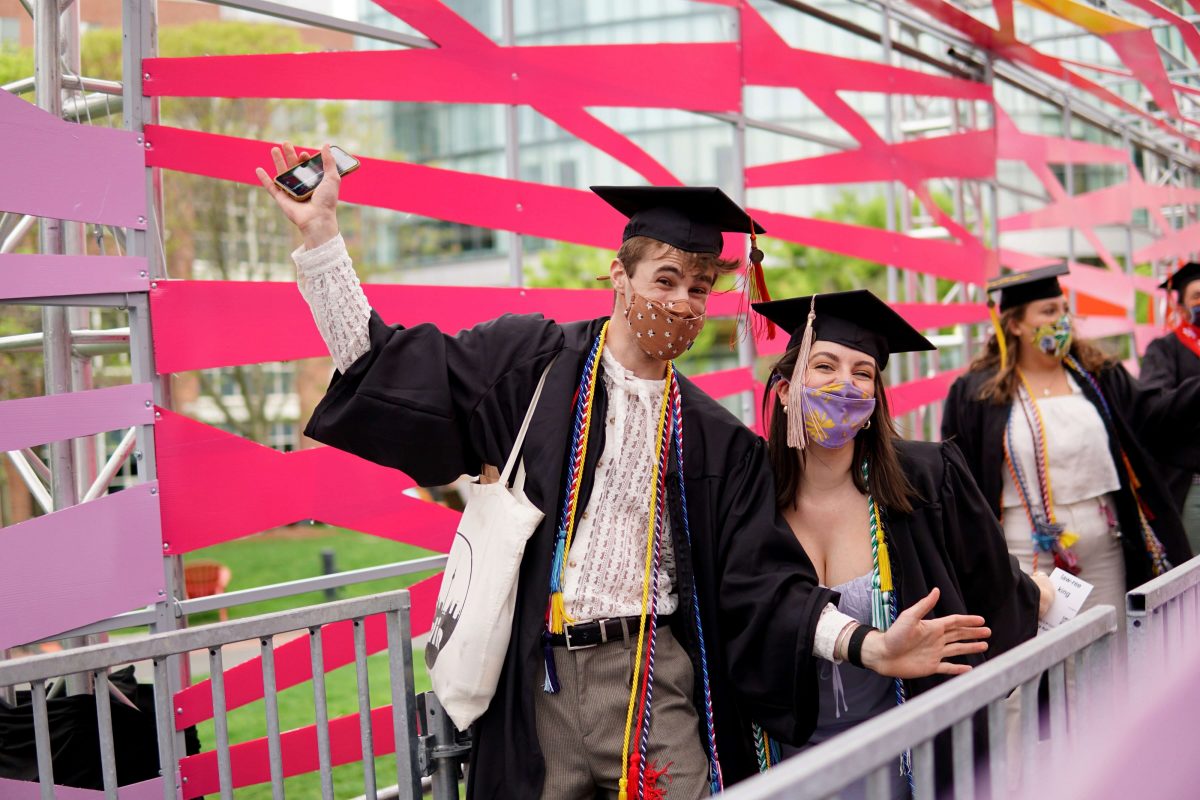 Northeastern University approached VDA to design a hybrid commencement experience that honors the hard work and perseverance of the graduating class of 2021 in a way that is memorable and fun, yet remains compliant with public health guidelines. The graduation week was divided into two parts, the Interactive Processional Walk, which took place outdoors on the Boston campus between May 3-May 7, and the Commencement Ceremonies held at Fenway Park on May 8 and May 9. 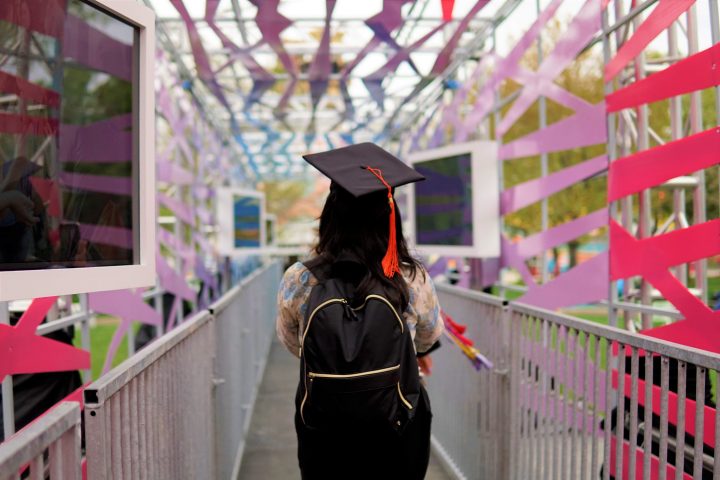 In an effort to give their graduates a well-deserved celebration, VDA designed a number of interactive installations and exhibits of sound and sight. As the students marched along the procession route, each activation represented an important chapter or milestone in their academic journey at Northeastern, giving the seniors an opportunity to take a joyous stroll down memory lane. The centerpiece of the parade experience was the 100 feet long multicolored AR Experience & Nostalgia Tunnel. Other standout activations included the Commencement Gate, colorful college billboards, charismatic human-size professor cutouts, interactive LED kiosks, and an innovative LED tile wall that were each strategically placed along the celebration route. 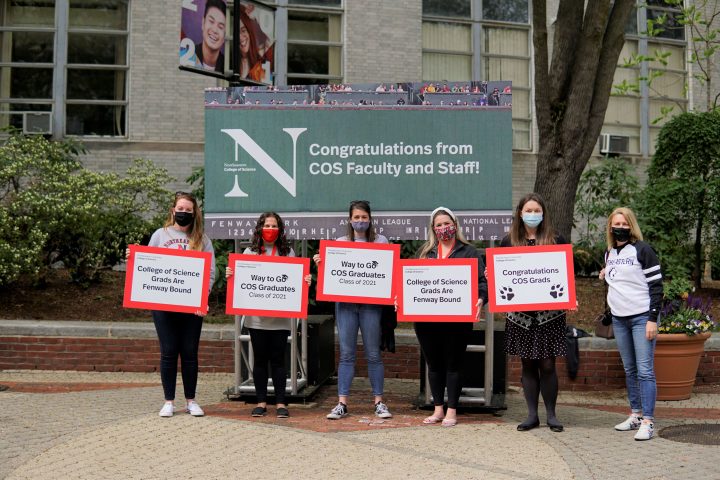 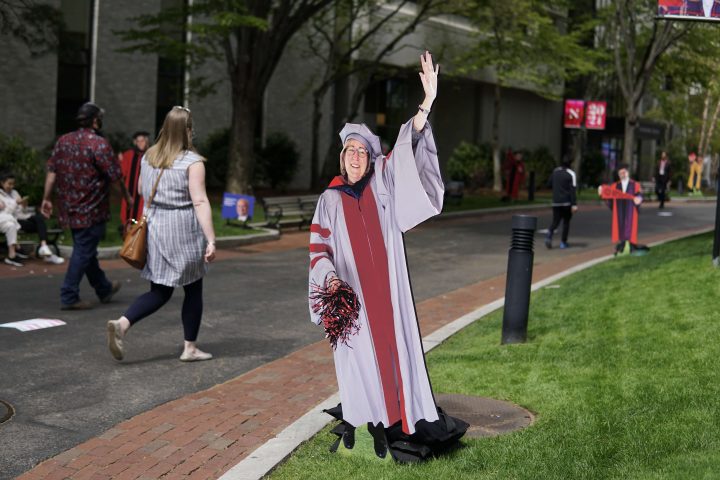 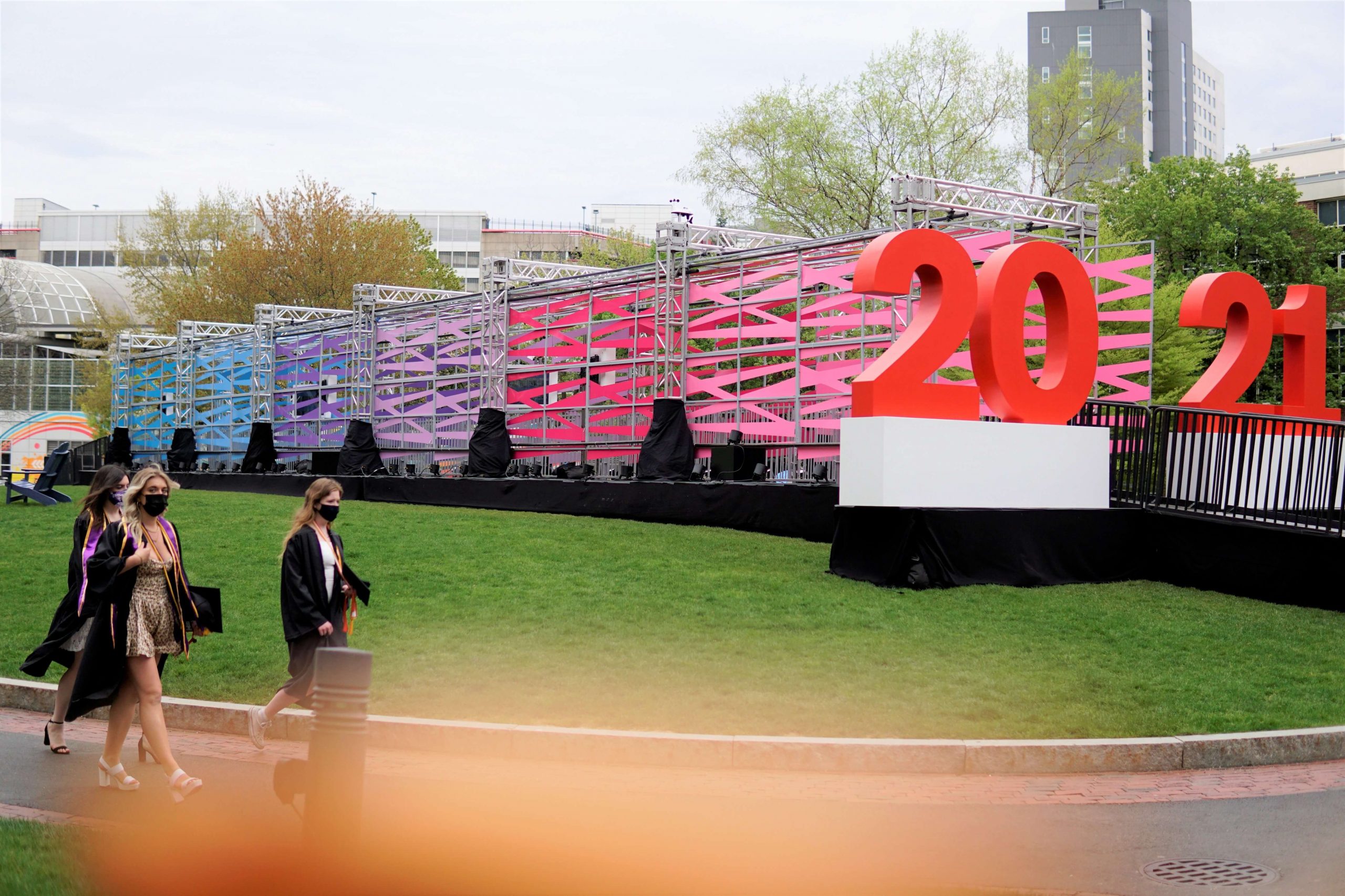 Fenway Park filled up with cheers

The Commencement exercises were held at Fenway Park. In its role as Northeastern’s event partner and producer, VDA, played a critical role in ensuring smooth logistical and digital execution of the event for both in-person attendees and virtual participants alike. The procession walk as well as the commencement celebration were live broadcasted, so friends and family could proudly watch as the seniors crossed the stage. 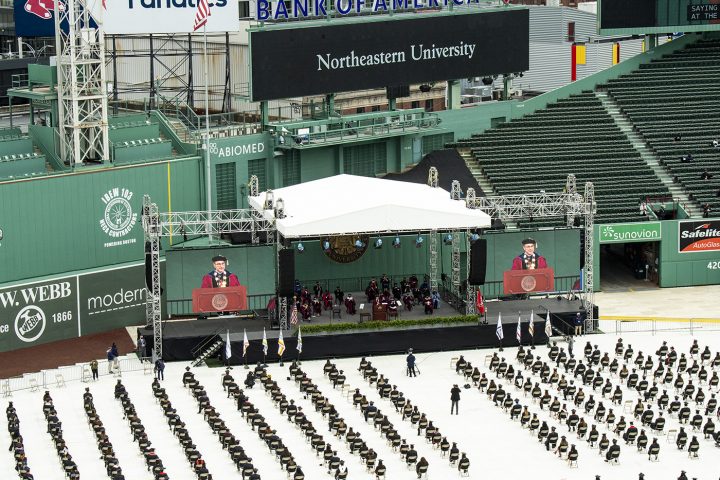 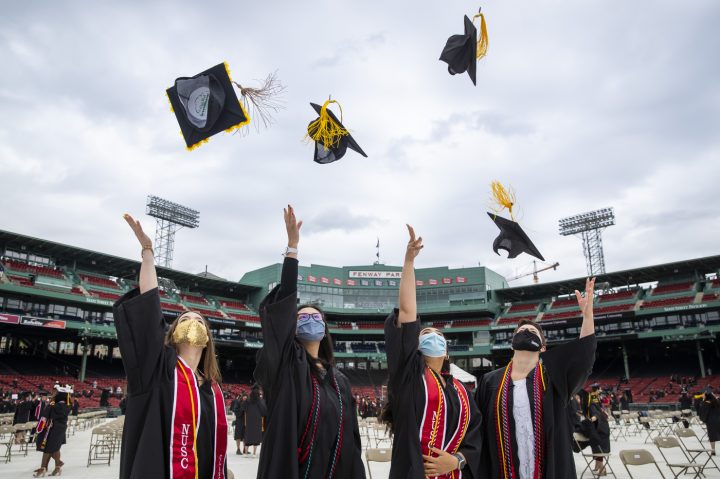 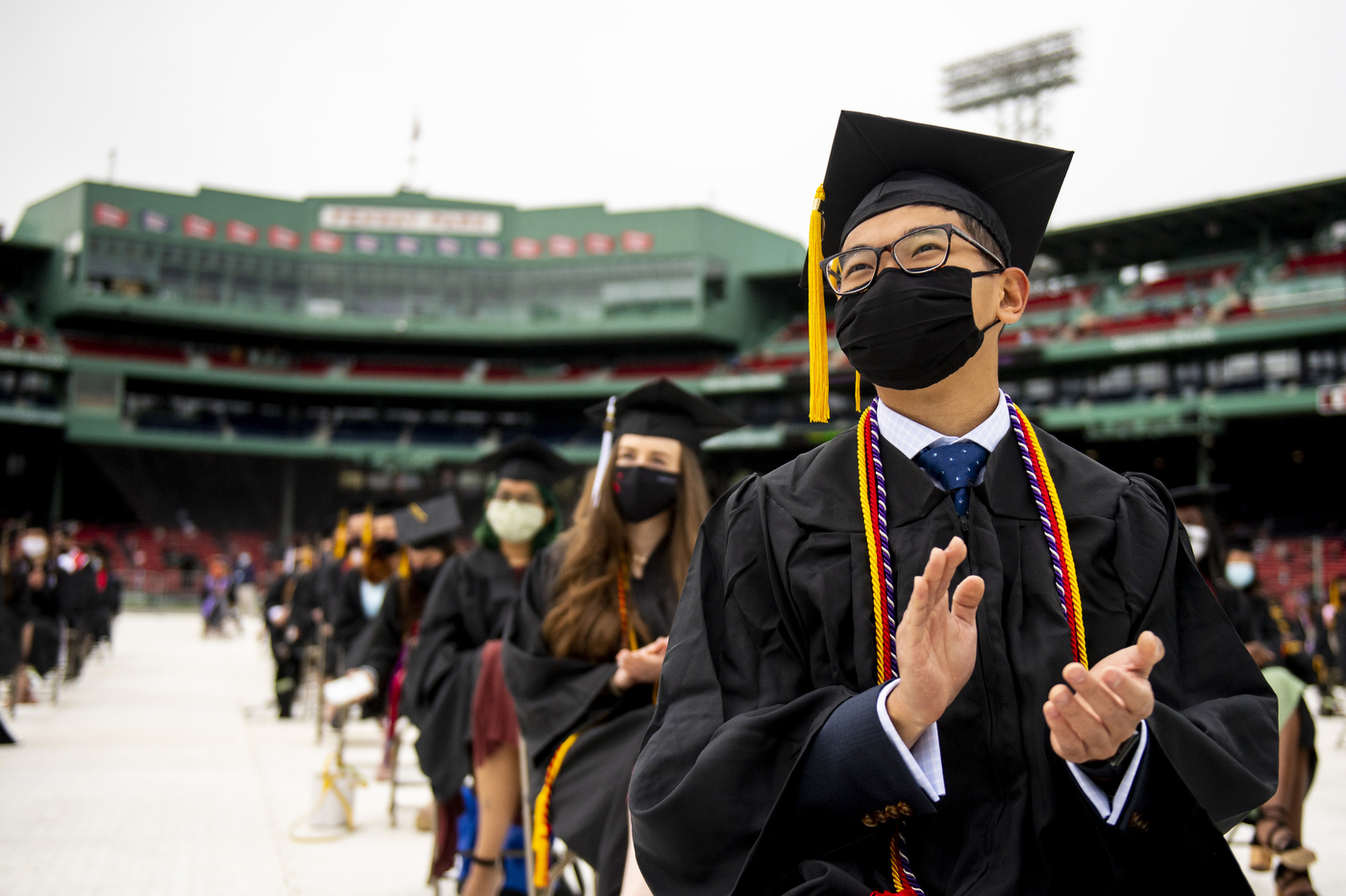 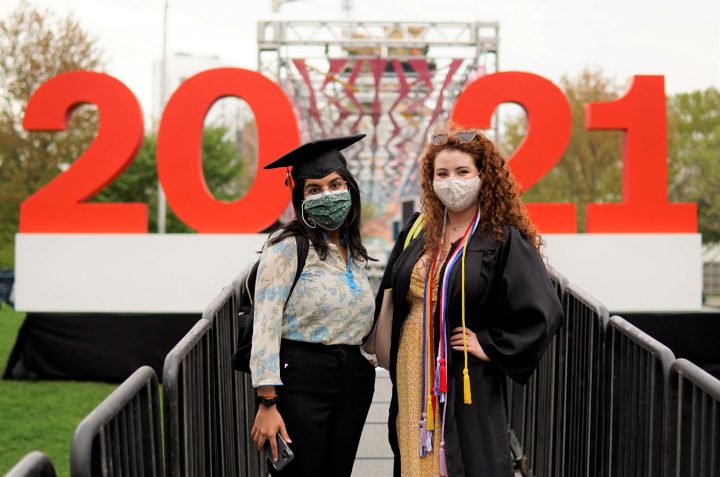 Both the Campus Processional and the Commencement were overwhelmingly well-received by all students, parents, and even attracted the attention of local media, with the event being featured on prime-time news. There were over 4,400 students who signed up and marched down the interactive walk, resulting in thousands of social media posts and over 5 million impressions across all platforms.

The experience became even more sentimental and meaningful for everyone when many seniors from the class of 2020 returned on campus to walk the procession alongside this year’s graduates.

Thousands of participants, including family members and closest friends who were unable to attend the celebrations in person, appreciated the flawless execution of the virtual component. 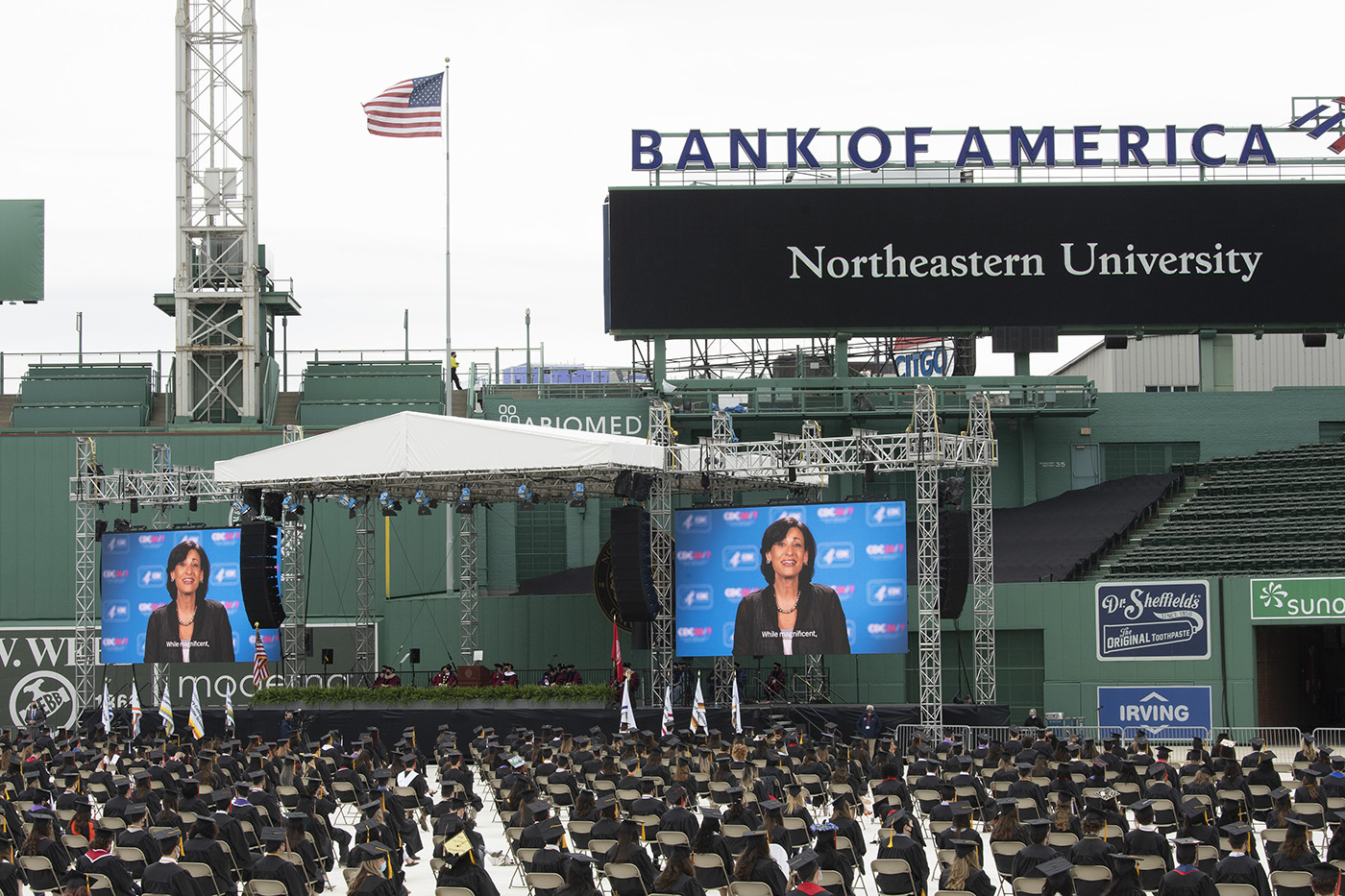