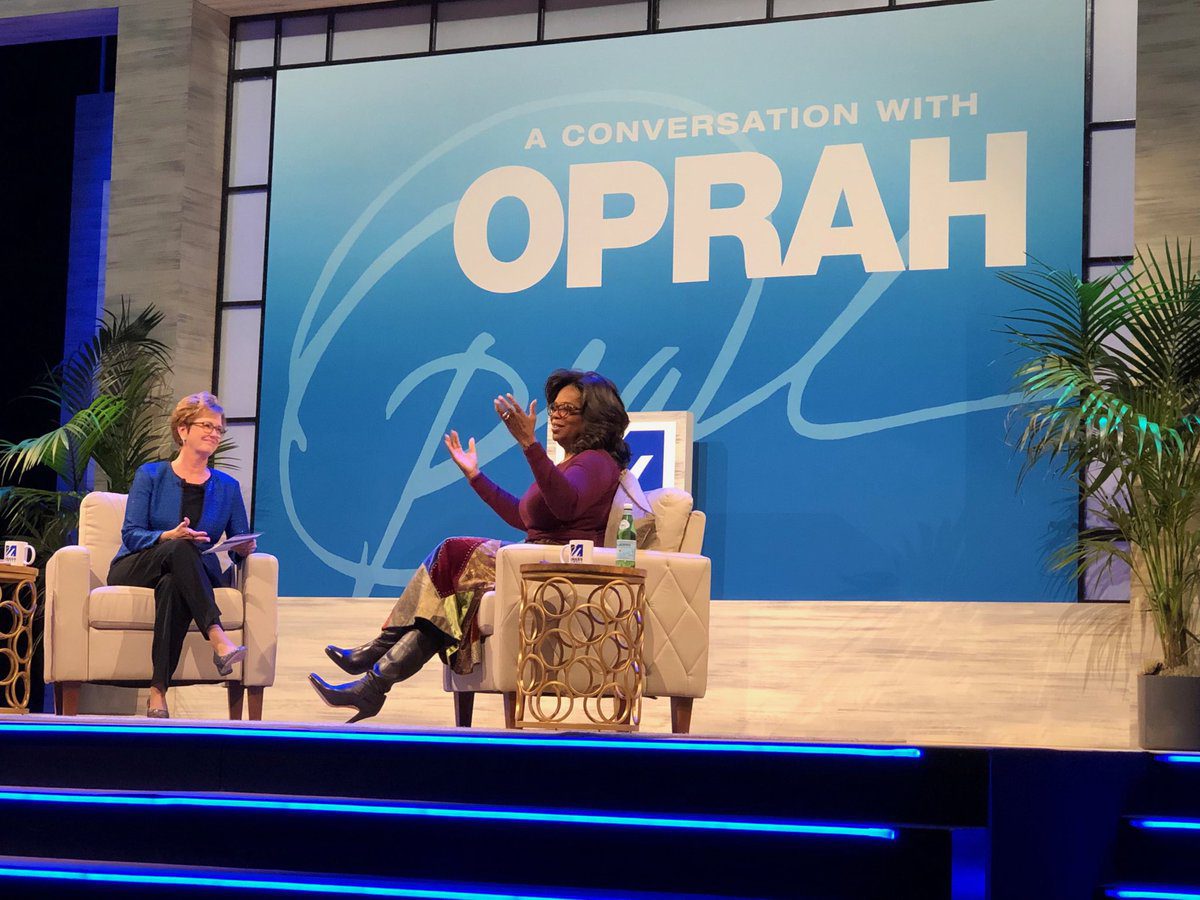 An Evening in Lowell with the “Queen of All Media”, Oprah Winfrey

VDA was incredibly fortunate to partner with the Office of Special Events at UMASS Lowell, to create a dynamic stage set environment for the Chancellor’s Speaker Series, held Thursday, November 15, 2018, in the Tsongas Arena, featuring the iconic Ms. Winfrey as the honoree. The objective of the speaker series was to serve as a fundraiser in support of scholarships at UMASS Lowell, with 100% of ticket sales going directly to scholarship opportunities. The evening generated $1.5 million in scholarship dollars, an amount which Ms. Winfrey announced she would match.

The team from VDA was brought in to support the event, in an effort to “elevate the experience from a visual perspective.” Working meticulously with the UMASS Lowell team, VDA was able to achieve the look and feel desired for the event, with remarks from Ms. Winfrey’s team that the stage and set design was “a very nice nod to Oprah’s style and her talk show.” Leading the charge from the #OPRAHatUML team, was Director of the Office of Special Events, Richard Sherburne, Creative Director, Victoria Weinreb, and Associate Director of Hospitality & Event Services, Paige Schaller. The trio collaborated closely with VDA’s Principal Designer and Founder, David G. Breen, to bring a visual richness to the event. There were multiple meetings, some hosted in VDA’s Creative Design Studio, and hours spent poring over materials, textures, colors, and samples. Using LED strip lighting, cut dimensional lettering, faux woodgrain treatments, and carefully selected carpet and furniture, VDA was able to create a physical environment that matched the scale of the space, and fit the branding and messaging goals of both the UMASS Lowell and Oprah teams. 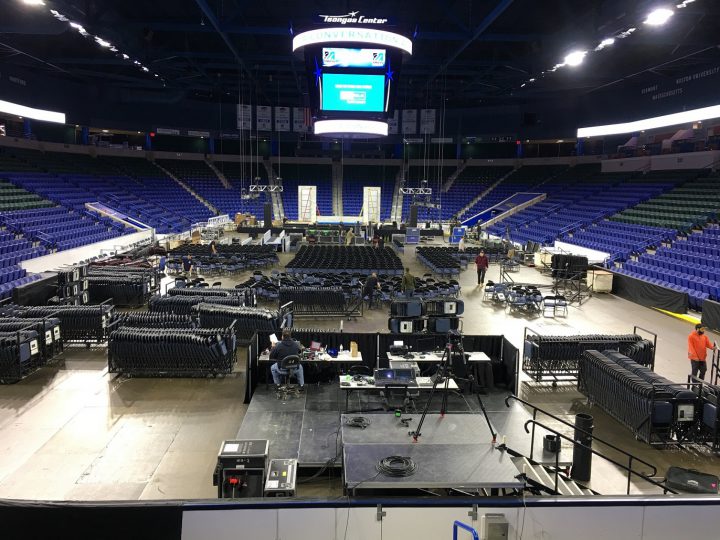 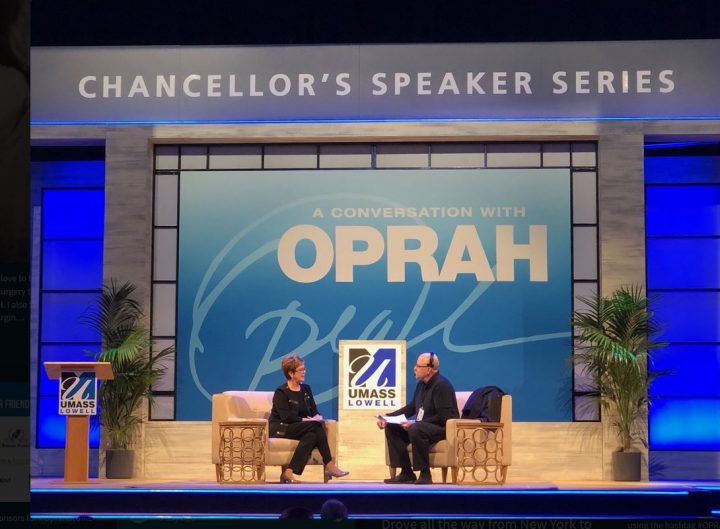 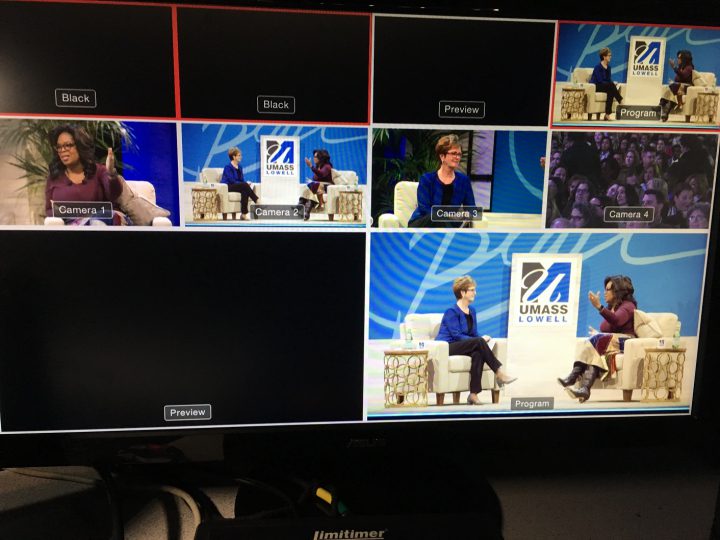 Due to the prominence of the guest of honor, it was crucial to the UMASS Lowell events team that the Chancellor’s Speaker Series was broadcast and recorded. VDA provided full lighting design and audio to further enhance the experience, and support the quality video recording. With expertise in video direction and executive-level production, VDA’s project management team consisted of an Executive Producer to call the show, and a Video Camera Director to provide a seamless combination between the recording needs and the image magnification on the large screens, which resulted in a seamless show flow and smooth audiovisual transitions.