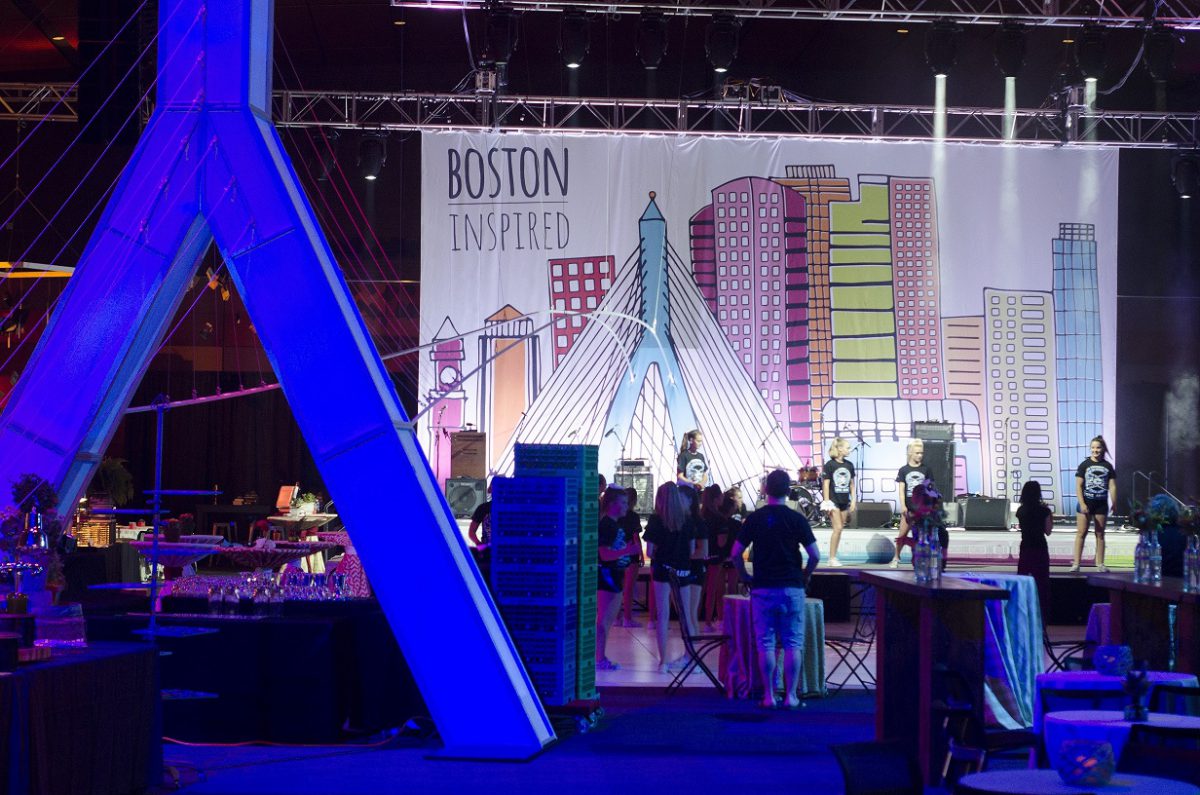 How to Make the City Themed Event Your Own”

So, you’re coming to Boston? With its rich history, iconic landmarks, and famous residents, a “Boston theme” might very well be the best fit for your next event! The city-themed event is tried and true, and every agency or every production company in every city in or every country, has a stable of props, pieces, and designs that speak to their city. You go to New York, you’re going to find an Empire State Building. You go to Paris, you’re going to find an Eiffel Tower, and so on and so forth. These city-specific décor and set pieces are in a profusion in that local company’s inventory, because for the planners and creative designers that live in those cities, in Boston, it’s a theme that’s been done and dusted hundreds of times. But when someone is traveling from California for their first conference in Boston, the novelty of the city-specific themed event hasn’t worn off yet. They want to see the city, and experience it, and be reminded that they’re somewhere new, somewhere exciting. When they come to Boston, they want to be reminded about the history, the landmarks, the sports legends.

The challenge then, is, how can you make the city your own? Where can we add in that distinctive Boston flair, while catering to your company, your attendees, and their needs?

There are countless ways to approach the Boston event, to make it new and unique, and that is where a local event company can be crucial in helping you execute your vision! When someone says they want to do a Boston themed event, the first thing we need to find out is which Boston are we talking about – history’s Boston or today’s? You can do the Paul Revere statue that stands downtown… or, you can do a character dressed as Paul Revere. When you’re talking about Boston, there’s a bunch of Bostons… there’s old Boston – the Freedom Trail, the Old North Church… and then there’s new Boston – Fenway Park and the Prudential. These things are much more in today’s society than the history books. We understand that the culture and landscape of a city changes, so when the Big Dig, the largest highway construction project in the history of the United States gave us the Zakim Bridge, VDA responded by building 2D and 3D models of the architectural marvel, as it’s important to stay current and accurately reflect a changing city!

There’s always a creative way to do something if you have the right team and approach… VDA’s Executive Director of Creative & Strategy, Bob Russo, designed an event using the Chinatown Gate and North End Little Italy set pieces we have in inventory, and rather than saying, “let’s just use those pieces to represent these locations, these communities,” the theme of the event was based around the MBTA, Boston’s public transportation network! Instead of focusing on the neighborhoods, we highlighted the various T-stops and train lines. And, of course, there was a stop in Chinatown, and a stop in the North End, but by overlaying another interesting part of the fabric of the city, we were able to add a unique twist to this concept! In an event VDA designed for a gaming company, we decided to paint a giant Monopoly board, and all the spaces on the board represented different Boston neighborhoods. Hasbro has since released dozens of versions of Monopoly boards with different cities, but we swear we were the first to do it! 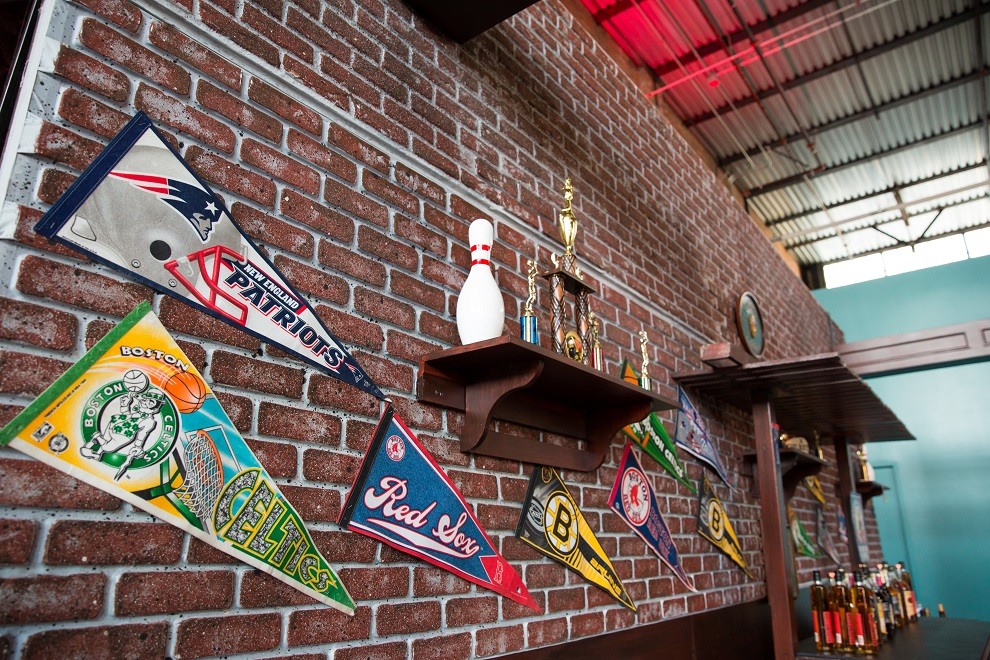 What about New England?

When a client comes to Boston and says, “I want to do a Boston themed event,” perhaps think about expanding scope. Boston is quintessentially New England; it’s close to Cape Cod and the seashore, close to New Hampshire and the White Mountains, or to the Berkshires going west. A few years back, we took the Old North Church and painted it all white, put a bunch of fall trees around it, and it looked like a little, white, steepled Vermont church during leaf peeping season. If you’re doing New England, you can still do Boston, but you can also do Maine, Vermont, Cape Cod. And when you expand the scope it allows you to bring additional pieces from your inventory into relevance, and it opens a lot more doors to themes, and ways of approaching an event!

When deciding on a heavily theatrical, prop-driven theme for your next event, there are a few questions you should consider. If you’re going to include Wally the Green Monster, or the Zakim Bridge, why do you need it, what is it going to do for your event, or is it just for show? Make sure you are considering your goals in all areas of your event, including prop selection! If you’re hoping to hit “x” number of social media impressions and create a memorable photo-op, a big, fuzzy, animated green monster represents an effective, interactive, messaging and branding opportunity, that can be a key addition to your event!

With over 30 years’ experience in the Boston event market, VDA has the knowledge and understanding to help you design your next experience in the city! For more information, fill out our contact form or please call us directly at +1 (617) 628-1200 or send us an email at sales@vdainc.com