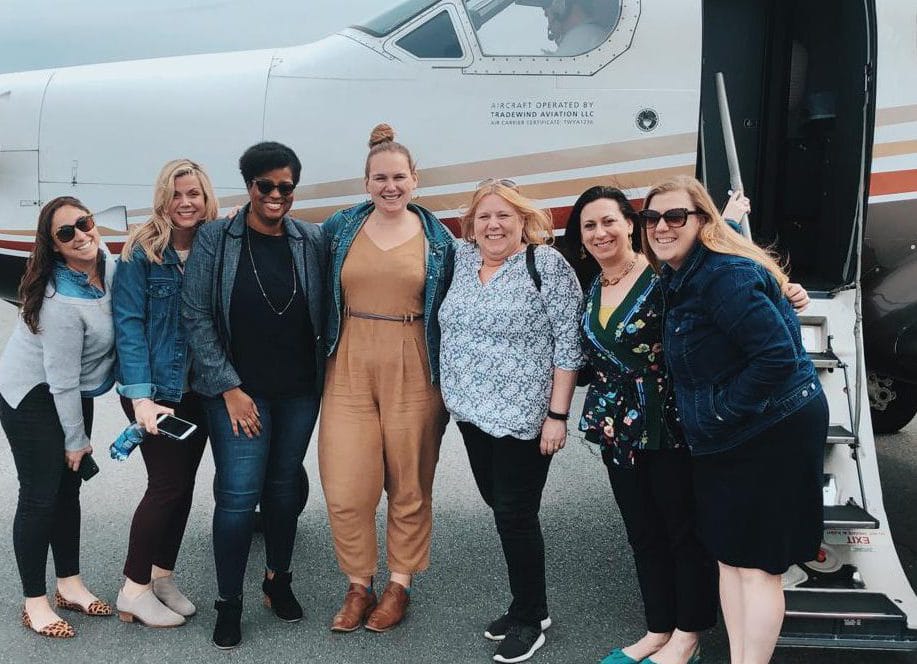 Connect New England: A Conference Experience Amongst The Clouds.

At VDA, we are all about creating and building experiences – lasting impressions and memories that get made in our attendees. For this year’s Connect New England conference in Stowe, VT, VDA did just that, and provided an “experience” for 6 local Boston event planners, that they will remember for years to come.

On Tuesday, May 7, 2019, VDA’s Director of Sales, Heather Munnell, took to the skies on a private jet plane, accompanied by a half dozen of VDA’s key planner clients. Their destination? the picturesque Stoweflake Mountain Resort and Spa in Stowe, VT. In the land of rolling hills and mountains, lush greenery, sharp cheddar cheese, and some of the most sought-after beer in the entire world, the Connect New England conference provided the perfect opportunity for networking and deep relationship building among planner and vendor attendees. While it wasn’t all fun and games, their 24-hour speed getaway was truly one for the books, and Heather wanted to share some of her memories from the event! 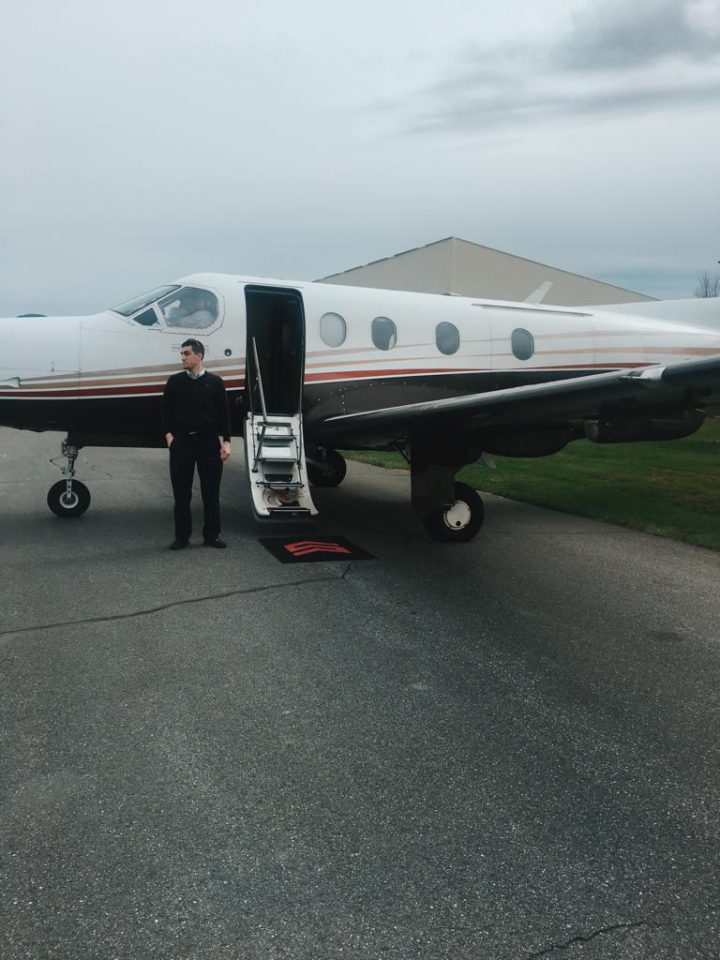 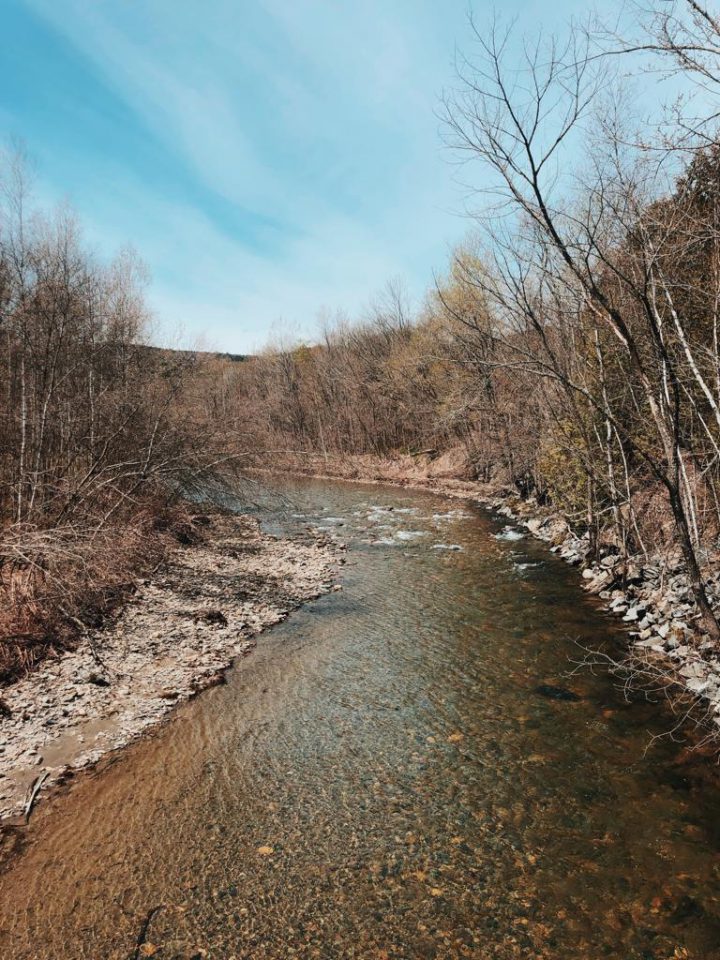 First and foremost: Not all flights are created equal, and a chartered plane experience is much different than flying commercial. 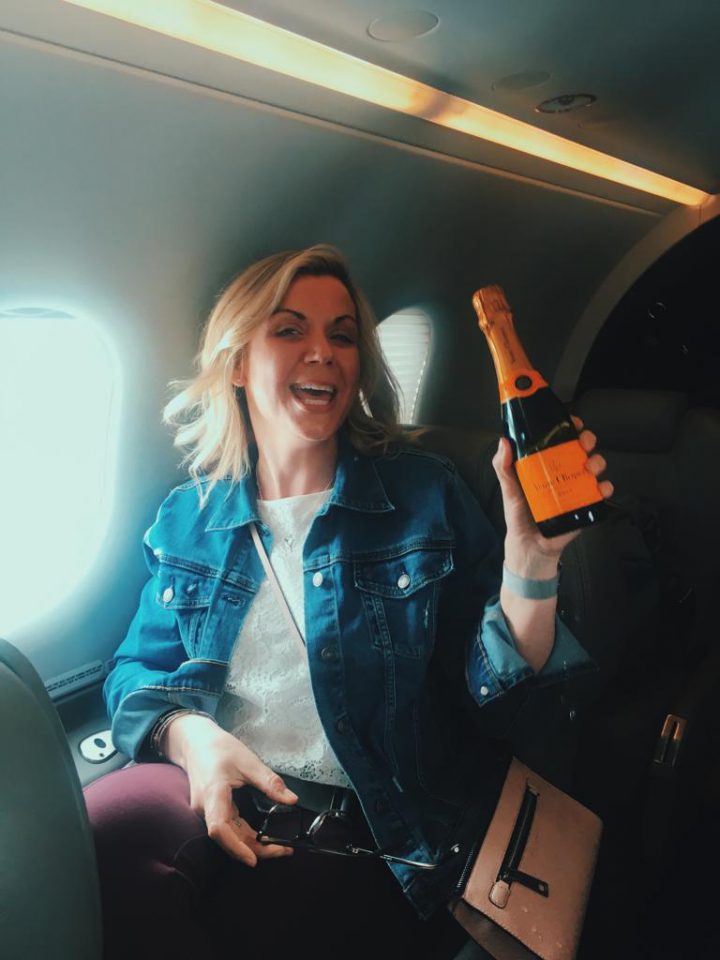 It came as a shock to the team when the pilot came straight to the gate and said, “is everyone here?”, and after doing a quick role call, their bags were taken and placed into the cargo hold. While they did have to go through a body scanner to board the plane, there was none of the pomp and circumstance associated with standard air travel, and the team was on board the plane within minutes. The safety briefing was quick, and most importantly included tips on where to find snacks and adult beverages. Upon take-off, the group was very at ease and toasted to a fun adventure together, and while only a few of the folks knew each other beforehand, the experience drew everyone together to make fast friends before landing in Stowe, VT.

If there’s a lesson to be learned here, it’s that we all need to fly on private planes more often! 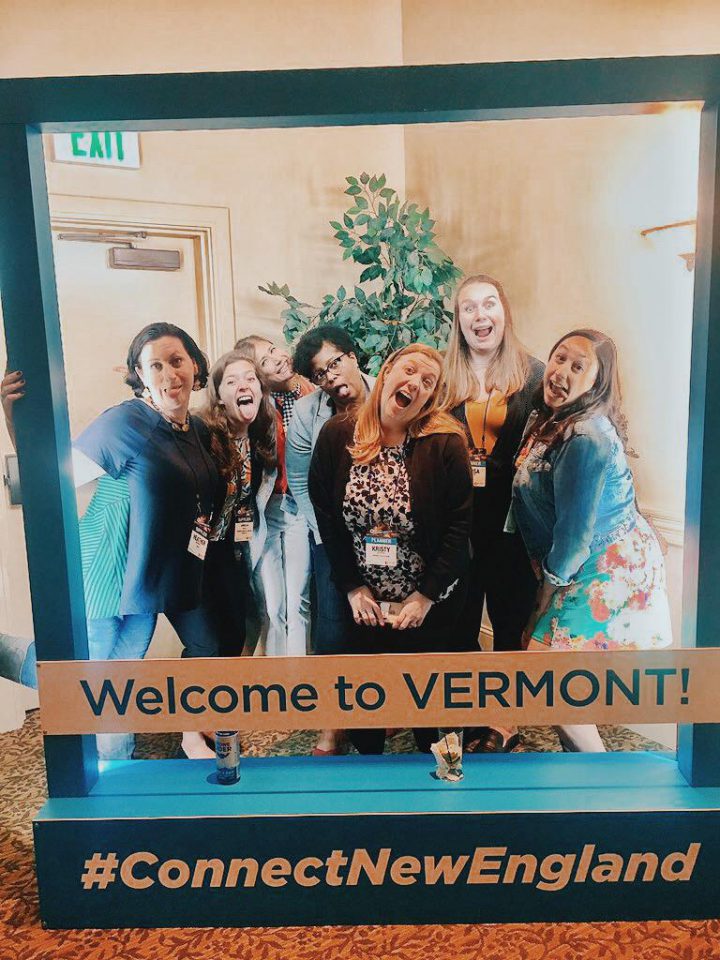 Upon arriving at Stoweflake, the team celebrated with a lunch together at the on-site restaurant, and then headed to the meeting portion of the event. Most of the planners had 25-30 one-on-one meetings with vendors including hotels, conference centers, AV companies, and VDA, an experiential design agency. The meetings were quick, 5-minute speed rounds, but gave enough time to examine any opportunity for future partnership. Think of this as speed dating for your event logistics! Despite the rapid-fire meetings, Heather remarked that she felt like she really got a chance to meet most of the New England-based attendees. The meetings were followed by a networking reception and “after-glow” programming that helped to solidify relationships and continue meaningful conversation. Networking is truly the key in this line of business – the event’s industry – because you never know when you’ll “need a guy” that does “x!” 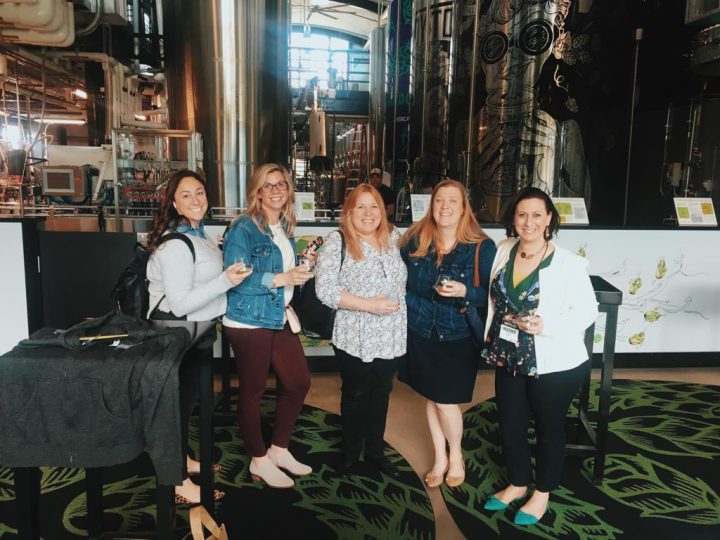 Day 2 of the Connect New England conference included two educational sessions focusing on event time management, and event production. When the morning sessions were over, the real fun began! The team opted to take some time before lunch to go to the local Alchemist Beer brewery to bring some local Vermont back to Boston! For those not familiar with the Alchemist, they brew a beer called “Heady Topper” which was ranked 4th best beer in the world in 2018, and is regarded as one of the most “sought-after” beers globally… talk about a true craft! After the Alchemist, the team headed back to the Connect NE Luncheon where the Connect team had created a local artisan experience for the attendees, with a real “farmers market feel.” There were vendors selling pottery, maple syrup, jewelry, cards, and chocolate. Everyone purchased a few unique items to bring home to family and friends. The final stop of the day was the off-site trip to Ben & Jerry’s, where everyone participated in the factory tour and some delectable frozen treats, and then the whirlwind trip concluded… on to the plane, and back to reality! 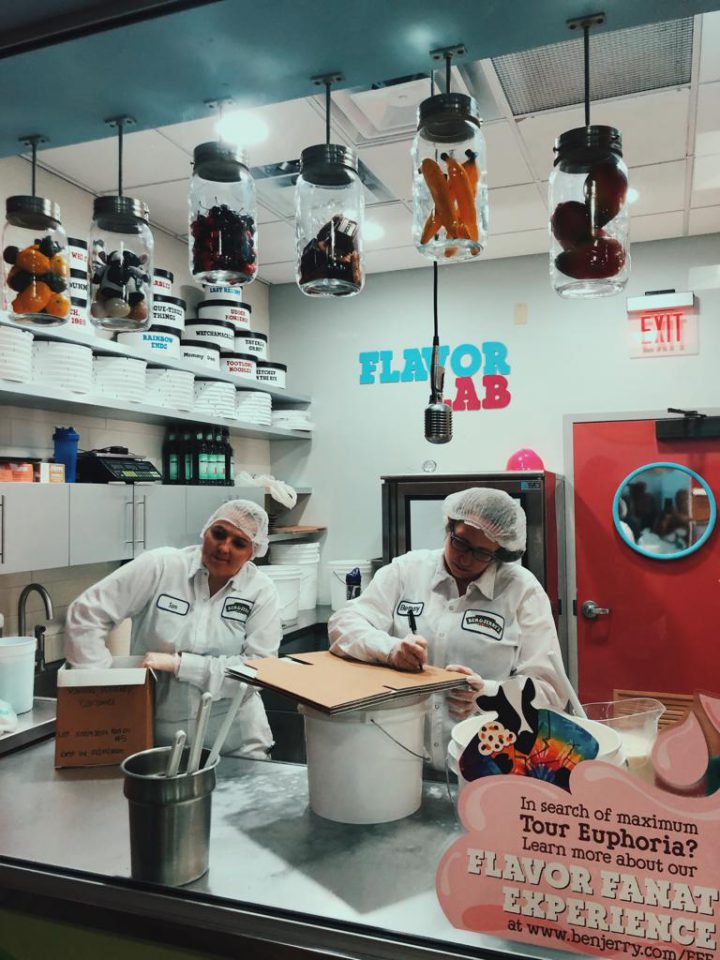 In Stowe and Boston, the team had some truly “grounding” experiences… After stepping off the private jet, with the highs of a luxury experience behind them, everyone realized they needed to use the restroom, and the only facilities available to them was a “porta potty!” It was very apparent that Uber had no idea where the “private” jet terminal was on the map, because everyone’s rides kept cancelling on them. Despite a couple of road blocks, these experiences resulted in some truly remarkable memories at Connect NE, solidifying business relationships for years to come.

Thank you for the amazing partnership with Connect NE giving VDA the opportunity to share these experiences with some of our New England corporate planners!